Mallorca is a great place to live all year around. Some people may not be so fond of the winter time as the temperature drops and many towns like ours, Port de Pollença, seem to go into hibernation. It is definitely really quiet but I like to think of it as a well deserved rest after a busy summer. Last year and for the first time ever I decided to give snowboarding a chance and I thoroughly enjoyed it, so much so that I regret not getting to go more often. It was after my last holiday to Andorra, earlier this year that I started getting jealous of the people who live in the mainland and have the ability to hop in their cars and a few hours later arrive to a ski resort. Although we had a short chance to practice snowsports in Mallorca this is definitely not the best base for weekend snowboarding getaways.


While driving back home from the airport after that holiday, along the road between Alcudia and Port de Pollença, I was greeted with a swarm of kites in the air, it wasn't something new, we are used to seeing them in the bay all the time, but it struck me as a revelation: here's this action sport that looks just as fun as snowboarding literally on my doorstep. Nothing seems to stop the people enjoying Kiteboarding, it was mid January, it doesn't get much colder than this but they still seemed to have a blast in spite of the weather. I automatically remembered of Mallorca Kiteboarding & SUP, a young company that introduced themselves to our team last year offering their kiteboarding courses and paddle boarding excursions. 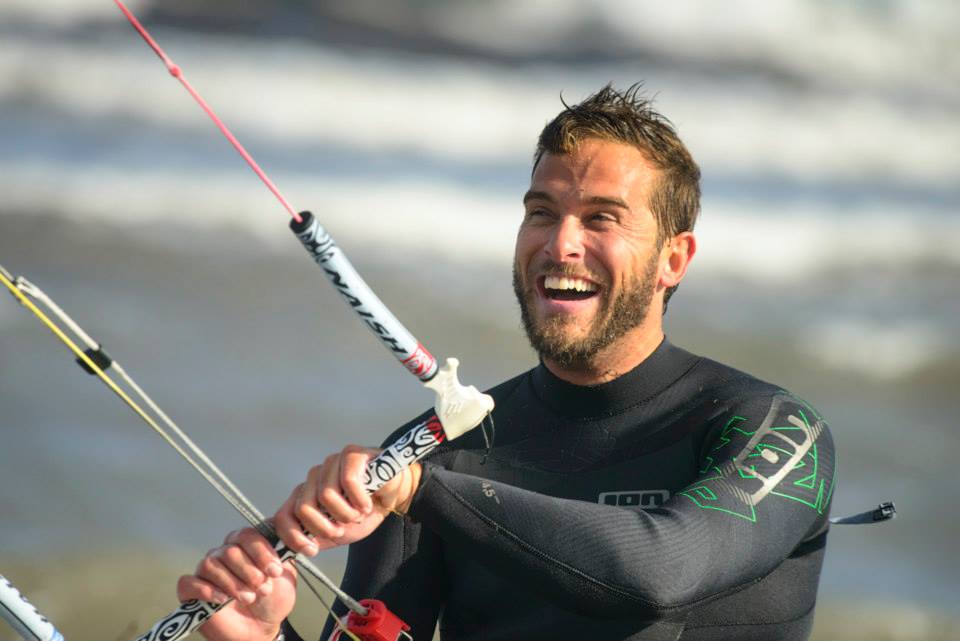 This was my instructor and co-founder of Mallorca Kiteboarding & SUP


Before unpacking my bags I looked for the contact details of Pedro Álvarez (aka Perico), co-founder of Mallorca Kiteboarding & SUP who also happens to be a very talented guitarist, and I asked him to sign me up to their waiting list.


After a few weeks of not so ideal conditions for a learner I got a call from Perico and scheduled my first lesson, I freed-up a bunch of hours from the calendar and the morning after I met up with him to get started. 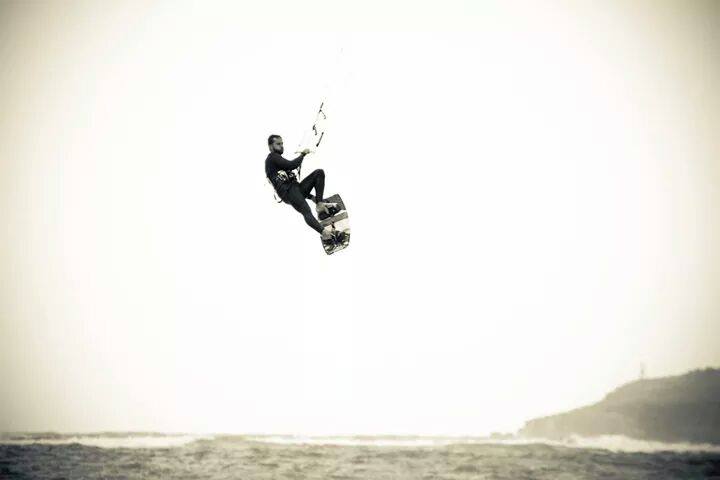 Hopefully they'll be a photo of me like this in a few weeks time. For now, here's another photo of Perico, the pro


One of the obvious requirements for kiteboarding is the wind and in the Pollença bay in particular we aren't short of it. The other side of the coin is that if the water is cold on a winter's day, the constant breeze does not help you warm up! In all honesty, I have never been much of a beach person and it is very unlikely that I'd get into the sea anytime before July but I was excited, so excited that I went into the water in March without much hesitation (with a wetsuit, obviously).


Before I dipped my first to into the water, we spent about an hour going through all the equipment and all the security protocol. In this sport you are dealing with two great forces of nature: wind and sea, so all the great explanations I received from Perico were actually very helpful. From an early stage I felt confident that I was controlling the kite rather than the kite controlling me - kind off, it was only my first day, I still have a lot left to learn!


The very important thing to understand is the wind windows. Understanding this is critical for managing the power of the kite and the direction of traveling. After this we covered the all important hand signals to communicate with other kiters to maintain order and safety and also to learn the rules and etiquette when kiting.


Getting closer and closer to actually going out onto the water, I was also encouraged to set up the whole rig, starting with inflating the kite, inspecting and untangling the lines and attaching everything to my harness properly. 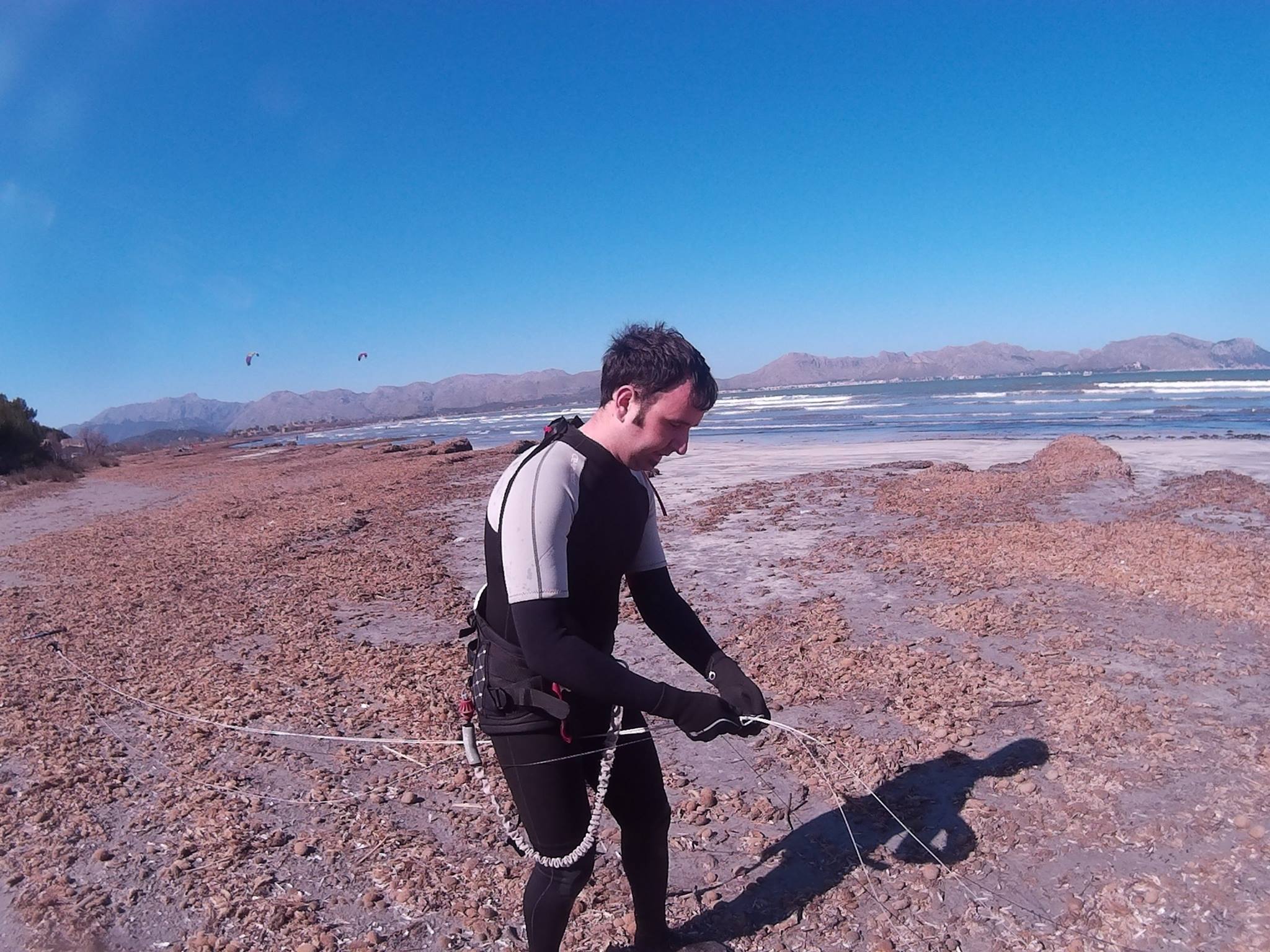 Learning my lines, almost ready for the water.


Once it was all ready it was time to get into the water, which didn't actually feel that cold with my two wetsuits on. We actually had a lovely sunny day and it felt great temperature wise. I can't wait to try this in the summer with less neoprene on!


It is not advised to learn to fly a full size kitesurfing kite on a beach - as this is the most dangerous place to do so. You need to head out into the water at a safe location to learn.


In the water I was taught how to pilot the kite, launch and landing, relaunching it in the water as well as powering and depowering the kite which enables the kite lines to let go of pressure,  decreasing the speed of your kite. 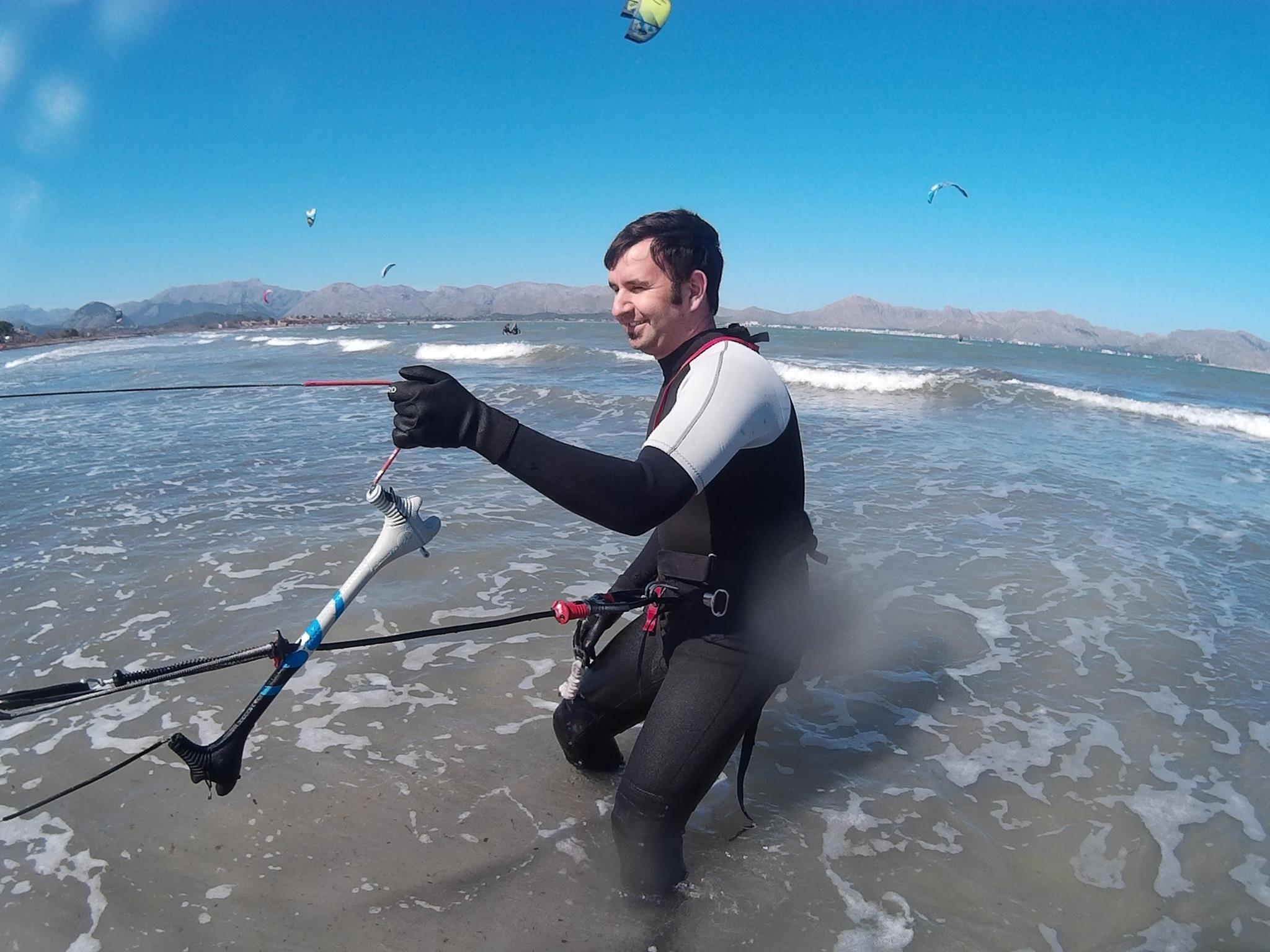 
Feeling the force of the wind pulling you can be a bit daunting at first but once you start to understand how the control bar works and how sensitive it is, you start enjoying the experience. It was fun to see the 14m2 kite being steered from one side of the wind window to the other.


It might not be as simple as other action sports and it might take a bit longer to get you on a board but with all the good tips and support I received from Mallorca Kiteboarding & SUP, they made it is as easy as it can possibly get. Knowing whats next; body dragging, waterstarting, steering/reaching the board, etc½ it makes me really look forward to my next lesson. 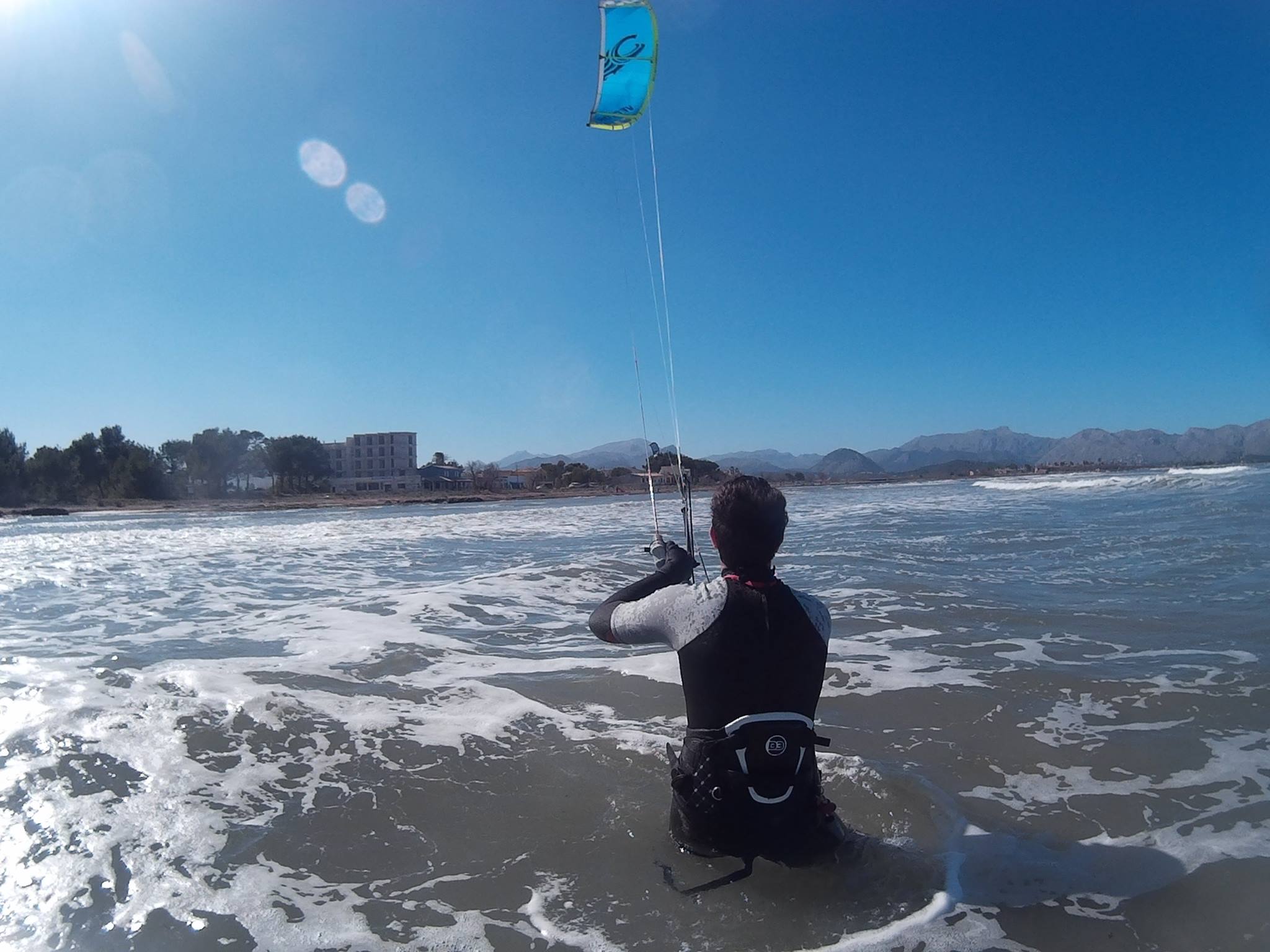 Is the road to the Formentor lighthouse open to cyclists?

What remains open in Port de Pollença after the summer