The president of the Consell de Mallorca, Miquel Ensenyat, the councillor of Land and Infrastructure, Mercedes Garrido and the councillor of Economic Affairs, Cosme Bonet have presented today the provisional zoning project for holiday rentals. This proposal is currently under public exposition until the 12th of March.

Licensed holiday villas constitute a significant part of the island economy. According to the records from September 2017, Mallorca has 40,073 beds in registered holiday rental properties. Furthermore, there are 45,149 beds currently under application, and approximately 11,000 are expected to initiate the process soon.

Last year the Govern Balear approved a new renting law affecting the Balearics and a one-year moratorium until the 1st of August for the different Island Councils and the Ajuntament de Palma to determine in which areas holiday rentals will be allowed. We wrote about this law extensively in our blog post, and you can read about it here.

This authority is planning to initially allow holiday rentals in villas and apartments up to 60 days a year in so-called "saturated" towns, initially limited to Palmanova, Magaluf, Santa Ponça and Peguera.

Other declared saturated towns will be: 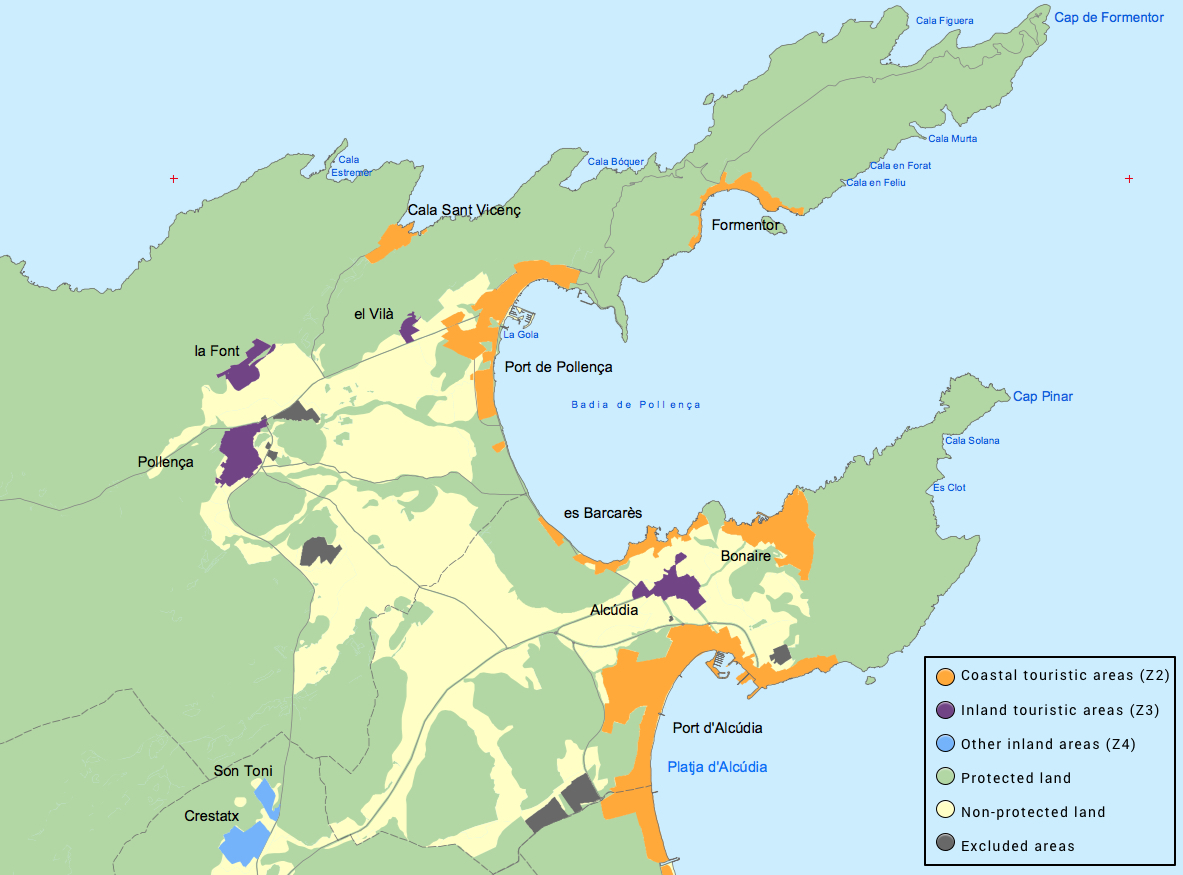 In inland protected areas no rental licenses will be allowed.

According to Ensenyat "Holiday rentals are not a problem. There are areas where holiday rentals help support the local economy of Mallorca. By this zoning project, we intend to identify where these rentals become a problem to limit them and in which places they contribute to the local economy. We intend to find social as well as ecological balance."

Councillor Garrido explained earlier today that "by this zoning project we are outlining what we want to protect. We do not want to overexploit our water resources or turn our towns into theme parks."

This proposal is also wanting to assist the residents finding affordable housing options. Finally, councillor Bonet has appointed that "holiday rentals, especially when in inland towns, have granted an opportunity to the residents to have access to share a part of the wealth coming from tourism that had never been accessible to them before. Very often we see visitors that decide to repeat and wish to know better the area."

Our team at Prestige Villas will keep a close eye on upcoming news regarding the holiday rental legislation. Keep up to date by subscribing to our newsletter: click here.

UPDATE 2019: We've been writing extensively about the current situation regarding renting licenses for holiday villas and apartments on this blog. Specifically, we've discussed the legal requirements, the zoning project, the cost of application and published a guide about how to apply for a renting license.

The Balearic Islands today approves its Tourism Law, which is committed to downsize holiday accommodation

The Balearic Islands Tourism Law sets a moratorium of up to four years to build new tourist places.